Mumbai’s happiest flea market – The Lil Flea is back in town, with its third-anniversary edition and the celebrations this time are bigger and more promising than any of the earlier editions. Buzzing with new trends and artists from all over India, The Lil Flea is the perfect weekend getaway within the city for all those who love to explore! Over the years, the event has come to be recognised for its beautiful and vibrant décor and fantastic vibe.

The event is being held over 2 weekends with 250 + participants, 70 upcoming foods and 12 live bands. Adding to all this will be a Stage Left Bar, Midnight Movie Screenings, The Lil Book Exchange and much much more!

Fanculos:
The Fanculos is a relatively new ska/reggae band from Bombay. The band comprises JJ (drums), Saurab Suman (bass), Ryan Sadri (tenor sax), Vinay Lobo (guitars, backing vocals) and Ramon Ibrahim (vocals, keys, trombone). With experienced hands at the reins, there is no doubt that this is going to be one band to watch out for at the flea.The Lightyears Explode:
They started a band towards the end of 2009 while they were in college. Guitarist, lead vocalist and songwriter Saurabh Roy along with bassist Shalom Bejamin and drummer Aaron Carvalho together form this angsty-sounding band. The Light Years Explode’s sound is along the lines of punk pop. The three of them are self-taught musicians. Saurabh, who grew up listening to The Beatles has been particularly inspired by John Lennon and Paul McCartney for their music genius, Aaron is more into Country music, while Shalom listens to just about everything.Kabir Cafe:
Largely influenced by renowned Kabir Folk Singer Padmashri Prahladji Tippaniya, Neeraj Arya has pioneered the genre known as Kabir Rock. Kabir Cafe is on a quest to ensure that Kabir’s versus are accessible through contemporary music to the rest of the world, who are alienated from traditional Kabir folk music.

Clayton + All Stars:
Coming to perform on one stage, catch Sid Couto, Nathan Thomas, Karan Joseph, Bradley Tellis, Rohan Mazumdar & Ankur Tewari at The Lil Flea as they jam it out together with Clayton Hogermeer to give an incredible performance. This is one show you wouldn’t want to miss.

All Jazz Jam:
Get ready to experience an incredible ensemble of some highly talented Jazz Musicians at The Lil Flea coming together for the first time to entertain you well into the night.

Swarathma:
With the release of their much-awaited album Topiwalleh, Bangalore-based folk-rock band Swarathma come into their own as India’s leading folk rock acts. The sound of their sophomore offering, that comes three years after the eponymous first album, sees Swarathma getting comfortable in their own skin.

Prem Joshua:
Prem Joshua & Band are pioneers of a crossover sound that is nestled at the cusp of Eastern tradition and Western innovation. With a soul-searching and dexterous blend of sounds and instruments, the music draws the listener into an emotionally rewarding journey across diverse musical landscapes.

Thaalavattam:
The main vision of project “ Thaalavattam” (A percussion based project) is to create music using innovative instruments made from waste plastic and metal (reduce. reuse and recycle). Thaalavattam aims to clean up the plastic waste that is plaguing India, through music. At the moment, Thaalavattam also conducts rhythm rush (A drum circle event) through which they try to encourage people to recycle and re-use waste materials.

Why should you be here?

Well, aside from everything mentioned above, here are 7 more reasons why you should be at the Lil Flea.The Lil Book Exchange: Bring a book along you can exchange it for another without any price at the Lil Book Exchange.One Little Tree: Join this small but amazing movement to help improve the way we live and the air we breathe. Collect your free seeds to plant in your home, adopt a plant or learn the art of organic gardening.

Stage Left Bar: If the weekend calls for a drink or two, make sure you drop by to Stage Left; a first of a kind Festival Bar Experience co-curated by BarCzar and The Lil Flea. Placed right next to the music stage, listen to the music as you choose from a delectable selection of handpicked cocktails, beer and wines from the city’s best bars including Bombay Cocktail Bar, Barking Deer and The Stables with their signature cocktails, micro breweries like White Owl and Brewbot, Sula Selections, Fruity Sangrias by Woodside and Alcohol Slushes by Cool Story. Be the first ones to check it out before it makes its way to festivals around the country.

Midnight Movie Sessions: Adding a nostalgic touch to The Lil Flea, the team has decided to host midnight movie sessions under the stars. Movies will be screened from 10 pm to midnight with a heady combo of headphones and popcorn. Each movie will be preceded by short movies by Shamiana Films.
The Midnight Movie Schedule is as follows:
April 1st- Shadow of blue and Roman Holiday
April 2nd- Pentecost and As Good As It Gets
April 8th- Dreaming and Bicycle Thieves
April 9th- Lila and Amelie
Pre-register for these sessions if you are wise, as the numbers of headphones are likely limited.

Drinking Games: Like Beer, Like Games? Indulge in some beer pong, drunk Jenga and a host of other drinking games. 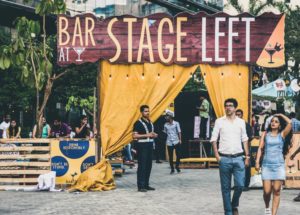 What can you expect?

Shopaholics can satiate their shopping desires at the 250+ designer stalls, complete with latest trends and styles in apparel, accessories, shoes, bags and home décor.Food lovers can expect mouth-watering dishes such as Turkish food, pulled pork pao, sushis, Asian & world foods, fusion chaats, regional foods and more. For your sweet tooth, there are some amazing finds which can be spotted at this edition that include the not to be missed Sangria flavoured popsicles and cookie dough scoops!And for the music buffs, some of the best bands from the indie music scene are reason enough to park yourself at The Lil Flea on both weekends.There is an insane music line-up, which includes Fanculos, The Lightyears Explode, Two amazing All Stars Indie and Jazz Bands, Swarathma, Prem Joshua, Thalavattam, Tejas, Zoya and more, making the evenings a treat for all who love their music. 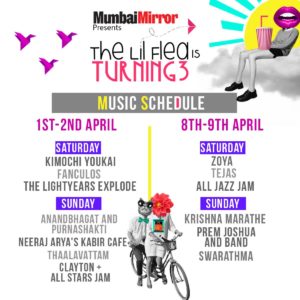 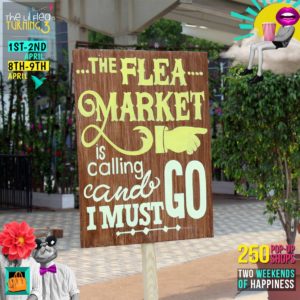 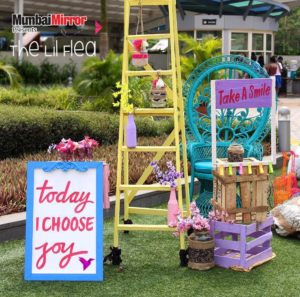 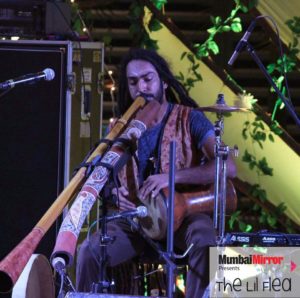 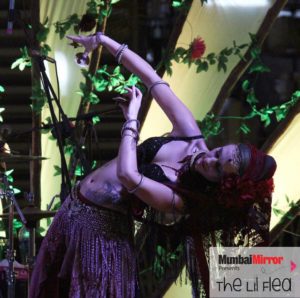 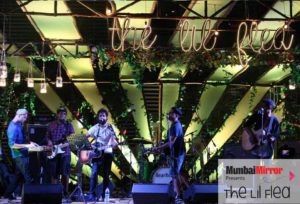 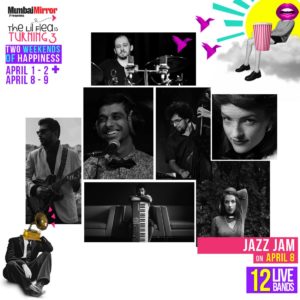 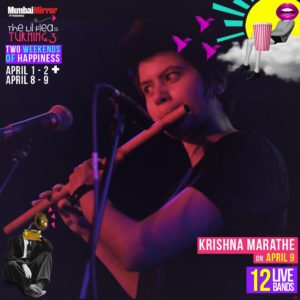 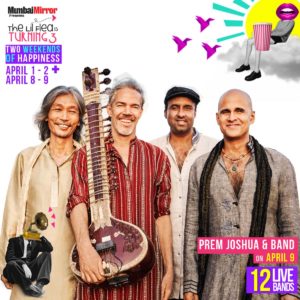 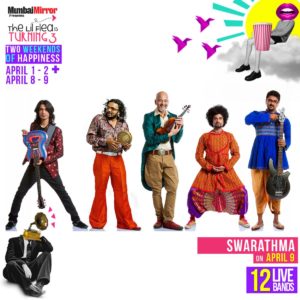 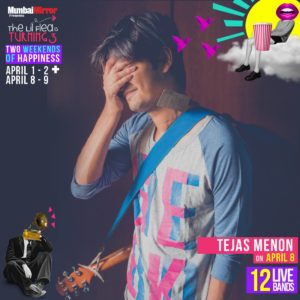 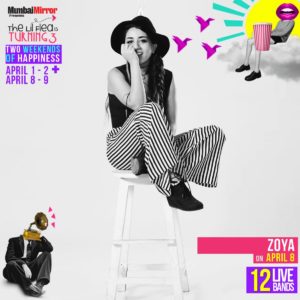 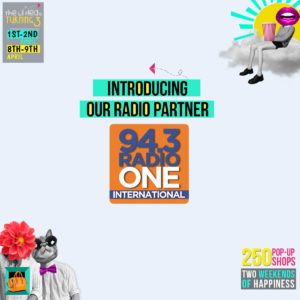 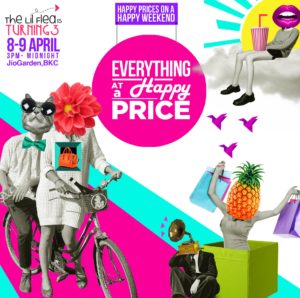 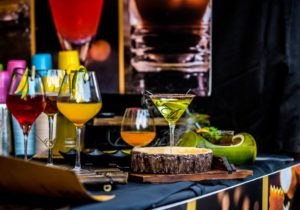